RAINBOW POEMS
The rainbow poems are arched neon signs that spell a poem as a rainbow. Together with Swiss graphic designer Cornell Windli, I developed a special letter font for the rainbow poems. Each letter is divided in the six rainbow colors and encased in a raw aluminum case. Each letter is 6 feet tall and depending on the length of the poem, the arch can span 60 feet wide.

In 1997 I made my first rainbow poem sign spelling the words ‘cry me a river’. 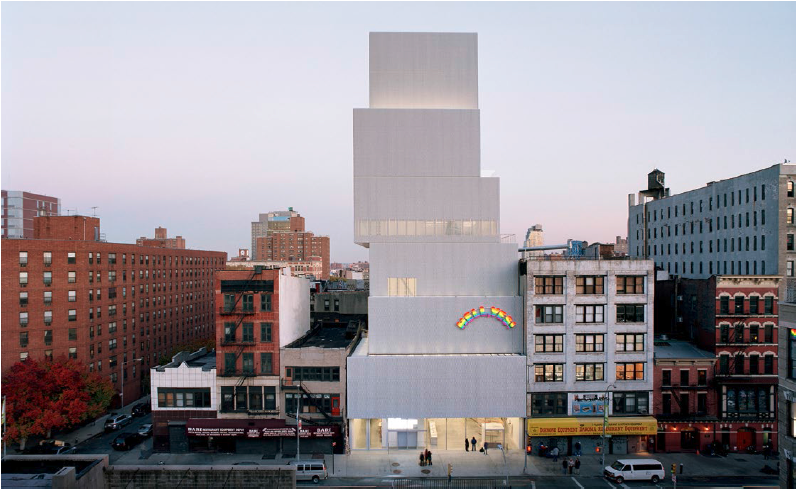 MOONRISE MASKS
In 2005, I made 12 masks. Each mask is 7 feet tall and sits on a 2 foot pedestal made of old weathered barn wood. Each mask is formed in clay and one can clearly see my fingerprints allover the surface of the mask. I cast all 12 masks in aluminum and because I wanted to give the mask the impression of wet fresh clay, I painted each of the moonrise masks with a mix of transparent polyurethane and fine grounded clay powder to achieve a color that simulates wet fresh clay. 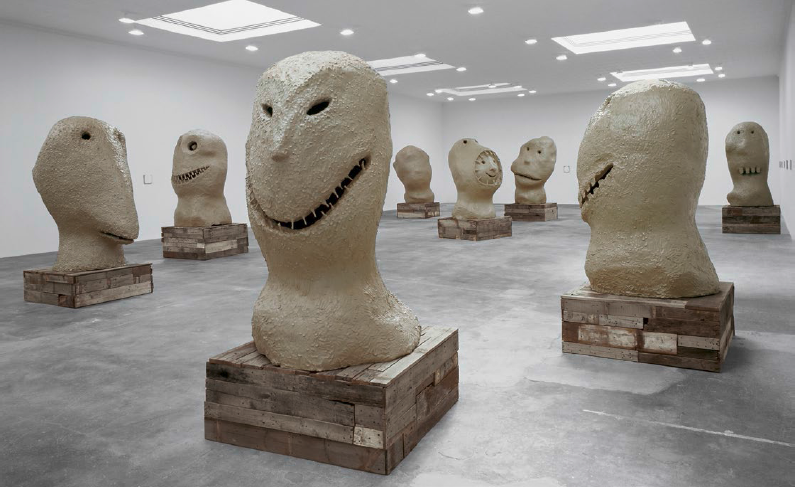 SUNRISE MASKS
One year later in 2006, I used the same 12 cast forms of the moonrise masks and made the sunrise masks. I made a bronze cast of all 12 masks and because I wanted to give the mask the impression of dew, I painted each of the sunrise masks in an aluminum color that simulates the dew in the morning light. 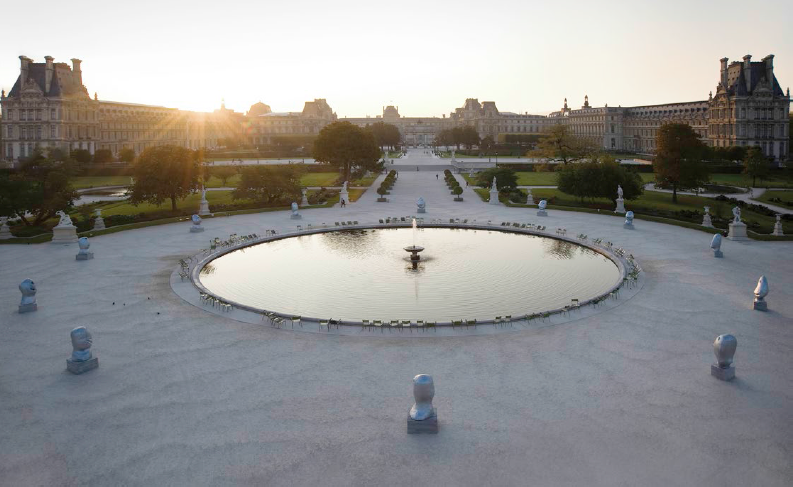 ANCIENT OLIVE TREES
In 2006, I purchased a piece of land in Italy in the same region where my parents and my ancestors came from. The piece of land hosts a group of ancient olive trees, which are between 1500 and 2000 years old. I made a selection of six trees and made the molds of the trees directly on the field. By making the mold of the trees directly on the field I could avoid chopping the tree down. All six trees were made between 2006 and 2009. The olive trees were then cast in aluminum and painted in a matt white polyurethane color. Each cast olive tree is around 16 feet tall and stands without a pedestal on the ground. Each white aluminum olive tree is titled as a poem. 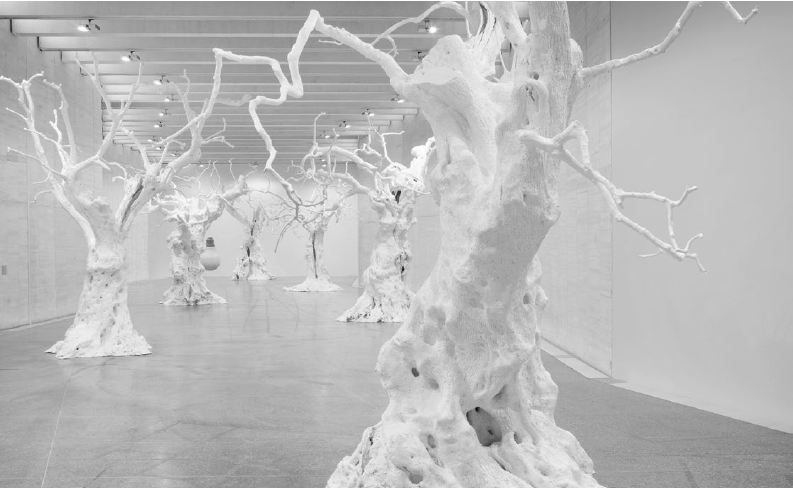 SCHOLAR ROCKS
In 1995, I started collecting scholar rocks that are not taller than 10 inches. Scholar rocks are naturally shaped stones, which have been collected in China since the tang dynasty by monks and scholars. Scholar rocks represent the natural world within a domestic environment and serve as a vehicle for contemplation and meditation.

In 2007, I made a choice of 17 stones out of my collection of scholar rocks with the intention to enlarge them. The chosen small scholar rocks were enlarged between 13 and 15 feet high. The enlarged sculptures are made of sand, gravel and concrete and an inner steel structure. The sculpture stands on a concrete pedestal. The concrete pedestal has the imprint of wooden boards. Each sculpture is titled after one single word of a sentence that has 17 words.

The whole sentence of the 17 words is:

WE RUN THROUGH A DESERT ON BURNING FEET ALL OF US ARE GLOWING OUR FACES LOOK TWISTED. 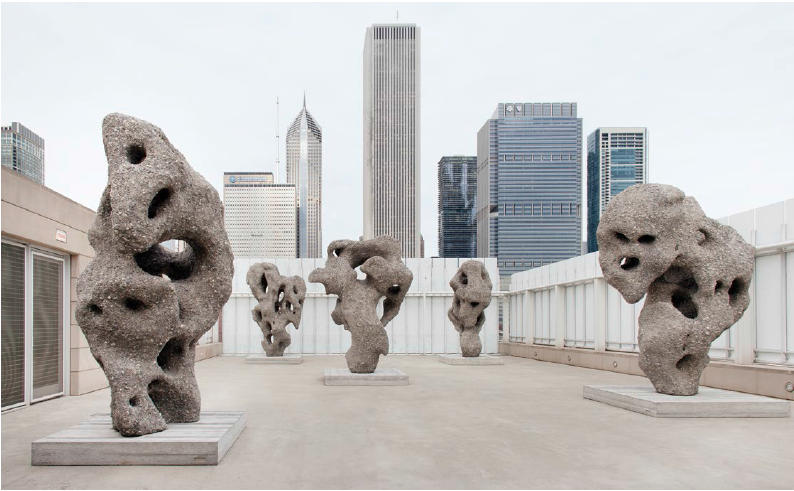 STONE FIGURES
In 2013 for Rockefeller Plaza in New York, I made 9 stone figures. The 9 stone figures were positioned on a large cement pedestal, which unified the whole plaza between 49th and 50th streets.

The stone figures are made of rough-cut blue stones that are stacked over one another to form the human figure. Drill holes and split structures in the stone are the visible traces of the quarry work - traces from when the blocks were extracted from the ground. The stones are allowed to be what they are: heavy, coarse and marked by weather and corrosion.

The stone figures are between 19 and 22 feet tall.

Each stone figures is named after a feeling. 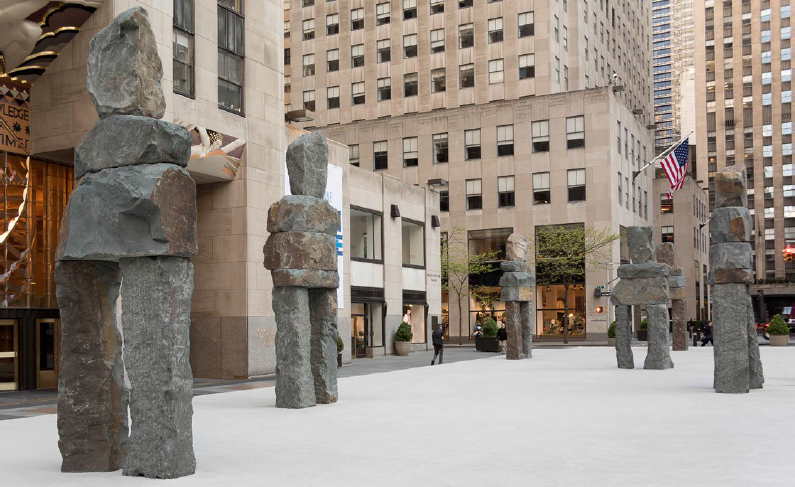 STONE MOUNTAINS
Like the three previous projects, the elemental material of stone is the base of the mountain project. Like the stone figures project, the seven magic mountains project is a setting of contrasts. The archaic forms of the nine stone figures were set in the most developed site of New York City, creating a contrast between our origin and the modern world. The stillness, the roughness, and the flatness of the Nevada desert serves as a contrast to the artificial appearance of the day glow stones of the ‘seven magic mountains’ project. The seven mountains are made by piling different sizes of Jericho boulders on top of each other. The stone mountains will be installed within a short distance of each other. The close distance of the stone mountains will create canyon like passageways. Each stone mountain is between 30 and 35 feet high. Each stone is painted in a different day glow color. Each stone mountain will be named after the colors in their stack. 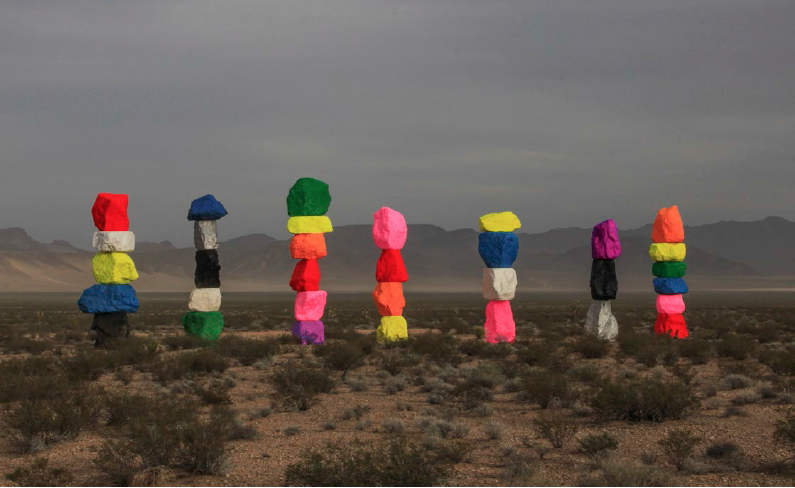